On my birthday we went to Umsang river. Lots of people were invited but not everyone could come because of Losar. Losar is the Bhutanese New Year. Everybody celebrates Losar at one point of the day. 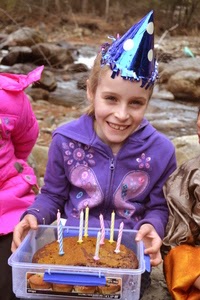 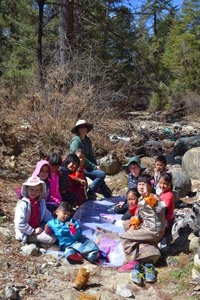 I got lots of birthday presents from my friends. We walked on the rocks around the river. We even tried making stepping stones to the other side of the river. Some of the kids walked across the river but I found it too cold. I fell in and banged my knee on a rock. It really hurt!! 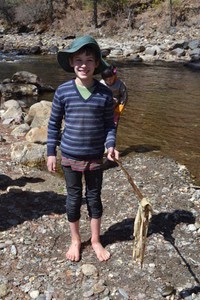 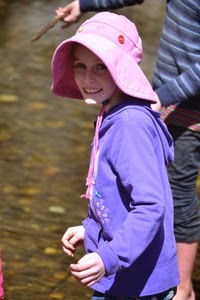 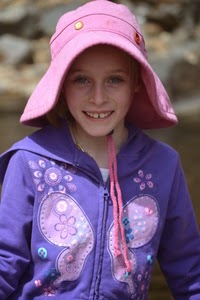 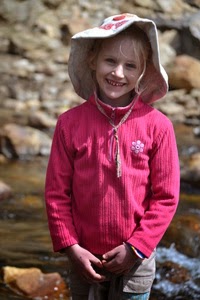 We had chocolate and vanilla cake. When we got home I got changed into my new trousers and my beanie. My beanie was from Kuensel and my trousers were from Yeshi. We had pizza for lunch, some of my friends were still here and had lunch with us. After lunch we had the rest of the cake, we all got a very thin slice because there was only a little bit left. 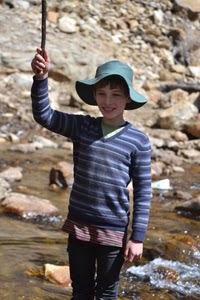 Mum and Dad gave me their birthday presents. They were three board games, a cricket bat, a green ball and a flashy ball. We went to the school football field with the kids that were left. We played cricket for about an hour. Mr Tandin came on to the football field and invited us to tea. So we sent all the kids home and walked up to Mr Tandin’s house. At Mr Tandin’s house I had juice but Thomas and Lois had tea and juice. Me, Thomas, Lois and Mr Tandin’s daughter, Sonam Choki played a game that Sonam Choki had. I had a really great birthday! 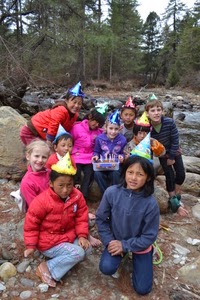