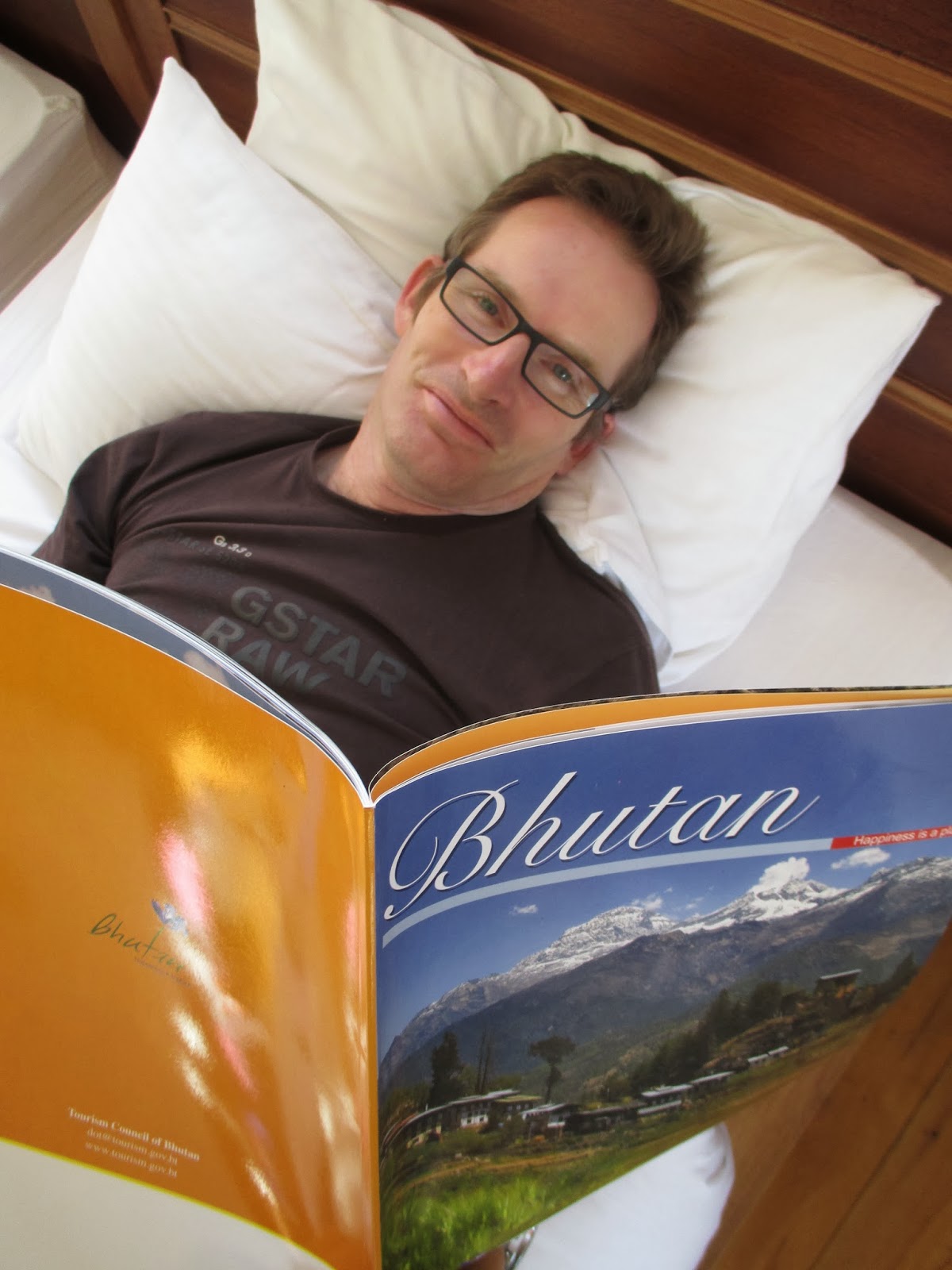 So, where do I begin? - perhaps New Year’s Day. I’m not normally one for resolutions. I’ve already given up milk and sugar in my tea, I stopped biting my nails years ago and I was never a smoker. All my other ‘bad habits’ (beer, coffee, biscuits) are too good to give up and frankly - Why deny myself a few of life’s simple pleasures? So this year, I resolved to make more of an effort on social media. Yes I am on Facebook but I find it a bit confusing and whenever I do use it, several hours have passed and I think that I could have spent that time better reading a book – or, let’s be honest, watching some BBC crime drama on T.V. or some documentary on just about anything - or even Embarrassing Bodies.

That show fascinates me, why do I repeatedly watch a show that I frequently have to watch with a hand in front of my eyes (fingers only slightly apart) because of some particularly gruesome ailment or medical procedure. What I find even more curious is that people regularly turn up with some festering sore on their nether regions claiming they’ve been living with it for 10 years because they’re too embarrassed to visit their doctor. Of course, they have no qualms about revealing all to the TV doctor and millions of prurient viewers across the nation.

Don’t worry, this is a blog about Bhutan, I’m just giving you some background info so you can get to know and understand me a little better. I’m not just going to write about what I’ve done, I will include thoughts and opinions too to add a little flavour. I don’t want to be a ‘Whingeing Westerner’ complaining about how it’s so hard to get a good cup of coffee over here (it is by the way). But on the other hand, I’m not going to witter on about how wonderful everything is over here and how bad everything has become in The West - frankly my view of The West becomes less jaded by the day from this viewpoint.

Okay, enough of the preamble, down to brass tacks. Why am I here? For once, I can answer that question – in all honesty it is largely due to my lovely wife Justine (I’m sure there’s a picture of her somewhere on the blog). She was the driving force, she found out about the opportunity to work in Bhutan by reading Matt Stretton’s blog (check it out at http://mattandlucyinbhutan.blogspot.com/) and most importantly, she did all the onerous paper work to make it all possible.

Justine was born with the travel bug - I wasn’t!  I was born at home in Birmingham. I did however have enough of the travel bug to realise that I couldn’t spend the rest of my life in Birmingham. I somehow ended up living in The Netherlands for 6 years. During that time I met Justine and was talked into moving to Sydney Australia. Frankly, I didn’t need much persuading, it’s a great city. I thoroughly recommend anyone who can to go and live there to do so – just bring loads of cash if you want to buy a house, they’re a bit pricey. So of course, after about 7 years, Justine again got itchy feet and we headed north 800km to a delightful spot close to the Queensland/NSW border – on the NSW side of course!

So, I know what you’re thinking: for someone who doesn’t have the travel bug he’s moved around quite a bit – and you’re right! So, there I was happily settled in a nice house with kangaroos out the back and even the occasional koala in the garden (not to mention a generous helping of snakes). I was even teaching at the school where my own kids went. That meant only one school run and it was only 5 minutes drive away, the (beautiful) beach was only 10 minutes drive away and the climate was fantastic most of the time – it never really got cold. We’d finished doing renovations to our house so it was time to relax a little and take it easy. Of course it’s precisely at times like that when Justine’s feet start to get itchy.

So that’s how the subject of moving to Bhutan for a year was raised. I wasn’t too keen at first but Justine slowly talked me around. At one time during our application process, when I hadn’t heard from the Bhutan Canada Foundation for a while, I thought I mustn’t have been successful. I began to feel quite disappointed and suddenly it dawned on me that I really did want to go.

So what about the kids? Well Thomas (9) was the least keen of all. I think he thought we would just enrol him in a class of Dzongkha speakers and leave him to fend for himself – see the paragraph below. When we promised him that Mum would be home-schooling him and he’d be surrounded by lots of boys his own age he began to view the whole Bhutan thing more positively. (Where we live in Australia, there are no other kid’s Thomas’s age nearby). Amelie (7) and Lois (6) were always ok with the idea, I imagine they just viewed it as an extended holiday. They are fortunate kids and have done quite a bit of travelling for such young whippersnappers.

On a recent visit to Bali we just stopped at a school and asked if we could come in for a sticky-beak (that’s Australian for a nosey look around). Amazingly they said yes and led us to a classroom with a bunch of Balinese school kids sat in a circle on the floor. There was however one blonde-haired girl noticeably taller than the others sat in the circle saying nothing. The very friendly teacher explained that she was German and didn’t speak a word of Balinese and would only speak in English, (I suppose she would converse in German too if the opportunity presented itself.) Anyway I think that image was strongly etched on Thomas’s mind, so no wonder he wasn’t that keen at first.

So, if you’re still reading – thank you. I know I waffle and could be more concise but I feel my little digressions are somehow necessary, and even if nobody reads this part of the blog but Justine, at least I’ll have a record of this important part of our lives to reflect upon when memory starts to fade.
Posted by Bhutan Clan at 22:47