It is with a heavy heart that I announce the death of my dad - Thomas Diver. 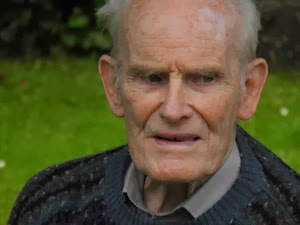 Much as I love living in different spots around the world, of course the biggest regret is being so far from family and old friends. My dad was suffering from Alzheimer’s disease as well as a wide range of other illnesses and ailments.

He’d come close to death only days earlier and was given the Last Rites by a priest. Somehow he pulled through and seemed to make a good recovery. Sadly, he had a fall and was given an emergency hip-replacement operation - he died a few days later. He was 90 years old. 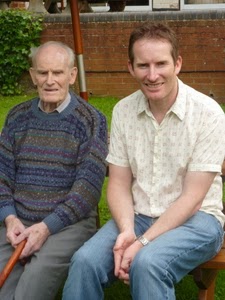 He was the last of his siblings, so it really feels like the end of an era. It’s hard to imagine the changes he must have seen in his long life. Born in rural Donegal in 1923 in a 2 bedroom thatched cottage, with no electricity or running water - life must have been very tough indeed. He had 2 brothers that died in infancy but 8 brothers and sisters survived.

Like so many of his generation, he left Ireland in search of a better life and arrived in London in the 1960s to play his part in the post-war building boom that was sweeping Britain. After surviving a horrific motor-bike accident that left him with a life-long limp he moved regularly around the UK, going wherever the work took him.

He finally settled in Birmingham where he met my mum Patricia O’Halloran at a local dance club (I think it was the Garry Owen), that was popular with the rapidly growing Irish community. 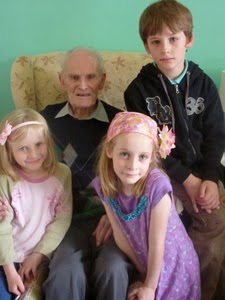 Of course, at this time, my thoughts turn to the death of my mum who died in February 1978. She was only 44yrs old, younger than I am right now and I was only 10 at the time. It was the single most devastating event in my life and the ‘what if’ thoughts have never really gone away. As a parent now, I often feel a sadness that she never got to meet my kids and they never got to meet her. As a parent, I also realise what a huge task it was for my dad to bring us all up by himself following the death of Mum.

Both Mum and Dad were devout Catholics and firmly believed in the after-life. As such, my Dad never feared death – in fact I think in recent years he was looking forward to being re-united with his beloved wife.

Anyone who ever met my Dad could not have failed to like him. He was a kind and decent man who worked hard his entire life. He was generous to a fault and would always put the happiness and welfare of others before himself. He was a great role-model to me and I only hope that I can live such a good life.

Dad, you were a good and decent man to all who knew you and a terrific father to Marie, Enda and Paul – may you rest in peace. 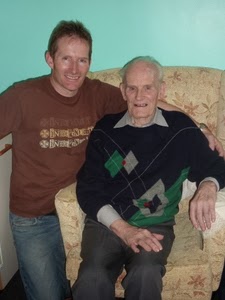 As I write, the funeral date has not yet been set. I will arrive at Heathrow at 10pm on Saturday 8th March and leave on the following Saturday. I look forward to meeting any of you who can make it. Please contact Enda or Marie regarding any arrangements.